Up until a few years ago, I would recreate foods that I thought were “healthier” but resembled something not so healthy. Often done by creating baked goods using low carb ingredients that resembled their high carb counterpart.

Most of the time this would take two things from me, time and money. The cost of using nuts, cacao, LC sweeteners etc. was significant, almost ridiculous. All for a guilt-free trip down memory lane, and often this trip would go overboard.

During this time I had very little respect for energy balance, eating fat far beyond my bodies actual requirements.

I may have a genetic gift of not putting weight as easy as some, but it is also a double-edged sword. While my body fat doesn’t skyrocket, my small amount of fat cells become insulant resistant reasonably quick.

These culinary creations that I was overloading myself with were not without consequence, despite being low carb. At the end of the day, I had just shifted my eating from High Carb High Fat to Absurd Fat, still eating like an arsehole.

After being introduced to a whole food approach from the guys at Ketogains, I shifted gears quickly. It all became apparent that everything should be built out from a quality protein source. Why, because of protein/amino acids, everything can be built.

I started the approach of picking my meat then the veg alongside it, simples.

I stopped having large jars of coconut oil in the cupboard, no backing goods, even the food processor has retired. The kids may not be as happy without all the treats around but certainly prefer their meat.

If you were to offer my 5-year-old a bag of lollies or a pan-fried piece of liver, you would never believe what he would choose.

Many people think it is sad seeing food as fuel, maybe due to their emotional or cultural attachment to it. I find it almost liberating, it’s still enjoyable, and I always try and challenge my skills of preparation, but ultimately it is a fuel source.

To stick to something and make it a lifestyle decision, simplification is imperative; you need to make it stupid easy. The more complex, the more money, and the more wasted time will result in a significant chance of slipping back into old bad habits. 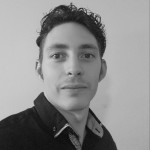